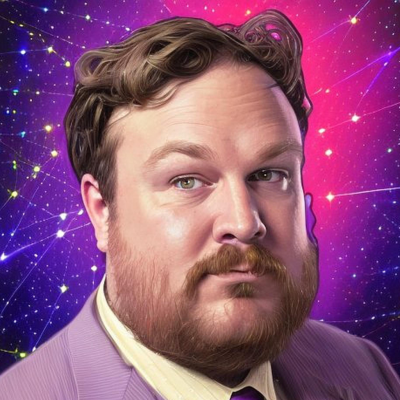 Back in the Fall of 2021, we launched Fancy.art, a web3 product that allows you to build and enjoy NFT galleries and slideshows on your TV screen. After some testing with users and getting great feedback, we submitted the Fancy.art Apple TV app in mid-November to Apple’s app store.

The app was reviewed and rejected by Apple. They provided this reasoning for the rejection:

“We noticed that your app includes or accesses paid digital content, services, or functionality by means other than in-app purchase, which is not appropriate for the App Store.

Specifically: Your app accesses digital content purchased outside the app, such as NFT, but that content isn’t available to purchase using in-app purchase.”

If you follow along with the web3 world at all, I imagine your reaction is the same as ours: a potent mix of shock and bewilderment. Apple is saying that viewing NFTs is not appropriate for the App Store. To be clear, Fancy is not selling NFTs, but simply allows you to view any NFTs from the Ethereum or Polygon blockchain. Yet Apple has asked us to only allow NFTs that were paid for using Apple’s in-app purchase framework, which would have allowed Apple to retain a portion of our non-existent sales, but would not have worked with the blockchain. These would no longer be NFTs in name or practice.

There is a larger problem here, apart from where an NFT is purchased: data portability. Had we entertained Apple’s request and sold NFTs via the in-app purchase framework, it still would not have allowed the millions of existing NFT owners out there to bring their own content to Fancy.

The ability to take your content with you across the internet via the decentralized global blockchain is a key tenet of web3, and one that is not open to negotiation. Getting locked into any one company’s services or ecosystem—in this case, Apple’s—violates this tenet.

We took Apple’s initial rejection to heart and reworked our language to emphasize that Fancy was not constrained to NFTs you yourself had purchased, but could be used to view any NFTs on the blockchain. After some back & forth, the review team at Apple maintained the rejection.

In early December, we appealed to Apple’s review board and patiently awaited a response. Surely this was a misunderstanding of a new technology, and we would be allowed to ship this product to our customers. However, nearly two months later, we were floored to learn this week that Apple has upheld the rejection. I am not only sad that a cool project won’t see the light of day, but also sad about all the other projects we’ve never heard about nor might ever be created.

This isn’t my first rodeo. I have been building apps for Apple’s platforms for 13 years and have had apps rejected for all sorts of reasons I might or might not have agreed with. Yet apps I have built have also been featured at press conferences on stage by the late Steve Jobs, in Apple’s television commercials, and in Apple’s App Store Hall of Fame. Which is to say, I thought I had a good understanding of the ins and outs of Apple’s review process, and how to interpret their guidelines to help shepherd new apps through that process. We had looked at many apps out there that allow you to view NFTs and mistakenly thought that since folks like Twitter, Rainbow and OpenSea had awesome NFT browsing experiences, we would be fine rolling this out, too.

So why write a blog post? We worked hard designing and building a dope web3 NFT viewer for Apple TV, and we would have loved to have been able to share it with you. We waited a long time in silence as the review board looked into our appeal. It has been frustrating to rest on our laurels while the largest company in the world bides its time for months on end, only to be faced with rejection.

This post exists partially as a warning to other web3 creators out there building the next phase of the internet, but also as a way to provide our team with a sense of catharsis as we lick our wounds and move on to our next project.

If any executives at Apple happen to read this, we would love to chat about how the new web3 world can work together with Apple to help ensure your customers have access to the future.

Meanwhile, please check out our other web3 experiments, and join our Discord to chat about the future.