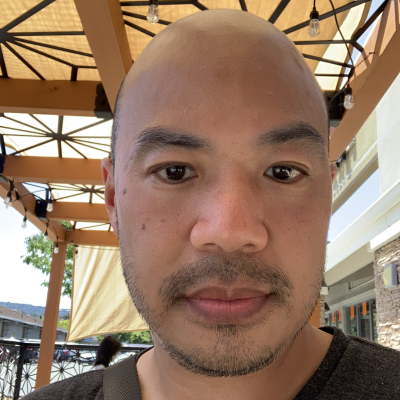 We recently did a really great Twitter Space with WVRPS by WarpSound, Jeff Nicholas, Jacob DeHart, Dylan Reed, and Harper to dive into the gas efficient ERC721S we worked on together for the WVRPS mint. The discussion really highlighted something we care deeply about at Galactic and why we continue to be excited about the work we did on the smart contract: Accessibility.

Accessibility matters to us because we want to make things for as many people as possible! Everything is more fun and interesting when everyone gets to join in and participate. Especially in web3, where the barriers are already high for any number of reasons, we need to make things easier for everyone. We’re always looking to find ways to help more people participate in this fun and wild world. When we made The Watcher a few months ago, we wanted to make it easy for people to know when gas was low and give them the ability to watch the wallets of people they trusted. More recently, in the case of our ERC721S, our focus was making gas as efficient as possible during a mint, while keeping the core experience rock solid, so that more people could participate in the WVRPS mint.

The accessibility this allows, so that it's cheaper for everyone is a big win and what we're excited about - @harper

Yeah, people tweeted their surprise that gas was really cheap @ mint & it was really satisfying to see happen - @_jeffnicholas_ https://t.co/7Vv63r8KDS

Here’s a little excerpt below where Harper & Jeff talk about why accessibility is important (starts @ 08:07 and is edited for clarity). Or you can also listen to the shortened or full recording of our Space as well.

Harper: I think the other thing that Jacob and I like to do is build things that more people can use. It has to be accessible. It’s not fun to build something that a small group of people can use, and especially not fun when that small group of people are people who are rich or who are just the same type of person over and over again. So we wanna build something that makes it more accessible.

And that’s why I think the exciting thing about the work that was done here is it created a contract where gas was so much cheaper. As Dylan mentioned, the Adam Bomb contract which Nervous did was pretty generic. There were some really cool features in it, but it was a pretty generic Open Zeppelin contract. And the difference in gas between that and a lot of the previous contracts that we worked on is so different.The gas usage is so drastically different that I do think that it offers a more accessible opportunity for many people.

And that’s the most exciting part. The composability is cool. The future proofing is cool. I think that’s neat. But what I thought was really cool was seeing the tweets where people were excited about not having to spend all of their money on gas; they could spend their money on the NFT.

That was exactly what we wanted. That was the goal.

Jeff: I think that was one of the interesting things for us as we were going through this process and we were watching the presale mint happen and people were posting those tweets saying “I only spent 40 bucks in gas to mint my three works!” We were kind of looking at it with disbelief.

I kept going back to etherscan and going to the gas trackers like, what’s happening here. And I knew we had done a lot of work on getting it to a place where that would happen, but you don’t know what’s gonna happen until you see it in practice. And then we have people saying it was the most gas efficient contract they had used which for us, that early on, was incredible.

This community is roughly 5,000 holders still. A lot of those holders were people who had been interested in NFTs or were interested in music and web3, but hadn’t collected yet. And so for this to be their on-ramp to collecting, it’s everything you just said, Harper. That accessibility became a thing where they, they, they were able to pick up two instead of one because they didn’t have to waste all that money on gas, or they were even able to pick up one because they had just saved up enough to get to that place where they could buy one.

And so for us, that’s been really powerful because now that community that’s forming and continues to grow is really connected in a way because they’re like, I bought this because I wanted it. I saved up for it. I own it. And I’m part of this long term. It sort of changed the dynamic right out of the gate on how the community developed.

Join us for more